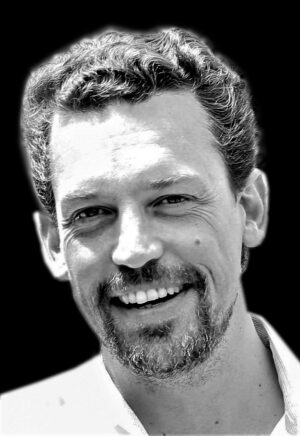 Emmanuel Dujardin graduated from the Institut Supérieur d’Architecture St-Luc de Tournai in Belgium in 1997 and holds a Certificate of Advanced Studies from the Marseille – Luminy School of Architecture. He joined the Alain Amédéo – Jacek Padlewski Architecture Studio in July 1998. He became a partner in 2001, and then joined the PACA Order of Architects. In 2009, he took the helm of the agency, now called Tangram.

Tangram is an architecture, urban planning and landscape agency with 80 people of 15 different nationalities. The agency’s name is inspired by the Tangram game of elementary geometric forms, whose patient assembly and complementarity make sense through the creation of an infinite number of combinations. A player in the transformation of Marseille, Tangram has contributed its know-how to numerous structuring projects, including the construction of the La Blancarde metro station, the semi-pedestrianisation of the Old Port and the transformation of the Hôtel-Dieu into a 5* hotel.

Several of these projects have been the occasion for a close collaboration with LM5P, always available to reinforce concepts and enhance the architecture.

Minimalist in its expressions and maximalist because it gives extreme value to every detail, Stéphane Fernandez’s “silent architecture” takes place as much as it takes shape. It installs man in the density of space and time. With a particular sensitivity to dance as an opportunity to seize space, to define emptiness, the architect has kept the memory. His buildings, rough, thick and fragile monoliths, he makes them hollow, by the movement of bodies, generating tensions between masses. His architecture builds beyond form, an atmosphere, an inhabited void. “I live in the landscape”, as Stéphane Fernandez likes to say, whose architectures offer multiple thresholds of perception. In France, his approach has been rewarded with the most prestigious distinctions.

An architect trained at the ENSA in Marseille and the EPFL in Lausanne (Inès Lamunière, Jacques Lucan, Patrick Berger), Stéphane Fernandez (born in 1974) articulates his work around a permanent search for the material, through the accumulation of models, sketches, plans and words. He worked with Yves Lion and Marc Barani before founding the Atelier Stéphane Fernandez. He pursues a double career as an architect and as a teacher-researcher in the department la Fabrique (ENSA Marseille). 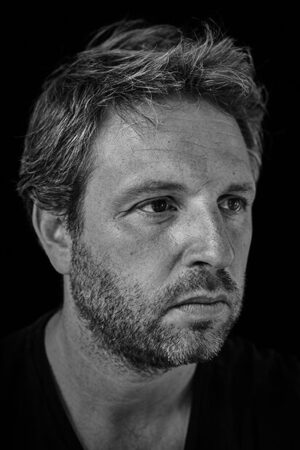 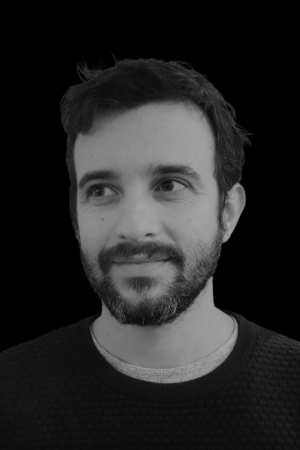 Laurent Boumendil graduated in 2005 from the Marseille-Luminy School of Architecture and worked for Adrien Champsaur and then Gérard Mas before creating Kaboom Architecture in 2012.

In a spirit of micro-agency, Laurent Boumendil works meticulously and in detail on each project, on a variety of scales, from a simple house extension to the design of a new public establishment. Inspired by architects such as John Lautner or Maurice Sauzet, each project is different and tries to make the most of the site’s assets, adapting to different constraints or to the demands of the owners rather than imposing a preconceived “style”.

The relationship with LM5P has now lasted for more than 5 years. It is an ideal agreement which allows us to accompany the project design (calculation of lighting levels, assistance in the choice of lighting fixtures thanks to a very good knowledge of the products distributed by the sales representatives) until the acceptance of the work and the possible maintenance of the products installed.

Emmanuelle CREST and Pierre DEPOIZIER, met at the Ecole Nationale Supérieure d’Architecture de Marseille where they graduated as DPLG architects in 2006. There they shared the same workshops, affirmed their architectural philosophy and their complementarity, and above all they formed a friendship that led them to found their own architectural workshop in 2014.

Today, the agency has been enriched by their dynamic, competent and varied collaborators. They play an active part in the cohesion, collective creation and success of the agency’s projects.

Their architectural thinking is global, aiming to integrate the act of building as accurately as possible into its environment, its interior design for better living…

Emmanuelle and Pierre conceive architecture as a collective work; reflection is enriched by sharing.

Therefore, their work with LM5P is a great opportunity for discussion, exchange and listening. Light is an integral part of architecture, passing through the volumes, sculpting them and bringing them to life, and is a key element in the reflection of each project.

“Architecture is the skilful, correct and magnificent play of volumes under the light. “Le Corbusier 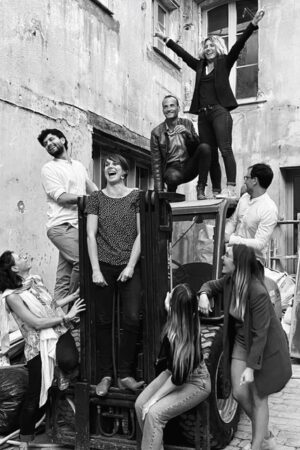 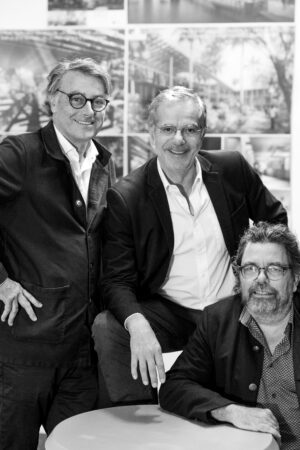 Gérard CERRITO, Xavier CHABROL and Régis DANIEL, all three of them trained at the ENSA in MARSEILLE (R.PERRACHON workshop), created CCD ARCHITECTURE in 1982 and developed a coherent approach which has been enriched over the years in very different sectors, of which public procurement is an important part: LM5P is creatively involved in these approaches.

“There is unity in their work. Unity in the sense of classicism. The organisation of the architectural narrative is always a matter of serene composition and the writing of a calm constant. Neither under the influence of the modern movement, nor of the neurotic disorders of deconstruction, nor of the naturalist hysteria having even escaped the post-modern scabies, they have never been colonised either by Americans, Japanese, Hispanics or Northern Europeans…/… My feeling is that this work is classical and tender in the regular and religious sense of expression. A flawless one; always dodging the horn brushing against the body. I am thinking of Juan Battista, that great French bullfighter capable of banderillas like a sword, of reciphering it like working on his knees in front of the filthy beast of this discipline that tortures us all and without a bad conscience: architecture” (Rudy RICCIOTTI)

Studio Aimée Mario is an architecture and urban planning agency based in Marseille. It works on all scales of spatial planning and on all types of programmes. Its Mediterranean influences favour a strong relationship with the environment, the “already there” and simple pleasures. The project does not embody a single direction imposed by the architect, but rather a collaboration rich in exchange and sharing with the users. Yannick Nobile is an architect and urban planner, a graduate of the ENSA in Marseille and the Institut d’Urbanisme et d’Aménagement Régional in Aix-en-Provence. An architect with a passion for history, trained at the ENSA in Marseille, Hélène Caputo took advantage of a year of study at the Polytechnic School in Milan to broaden her knowledge of heritage and construction culture.

Heritage was therefore quickly brought to the forefront of their architectural universe, as much in the contemplation of the building as in its realization and its urban impact.

The illumination of a care centre in the heart of a listed building allowed an encounter with LM5P. This collaboration gave the project an elegant contemporary dimension. 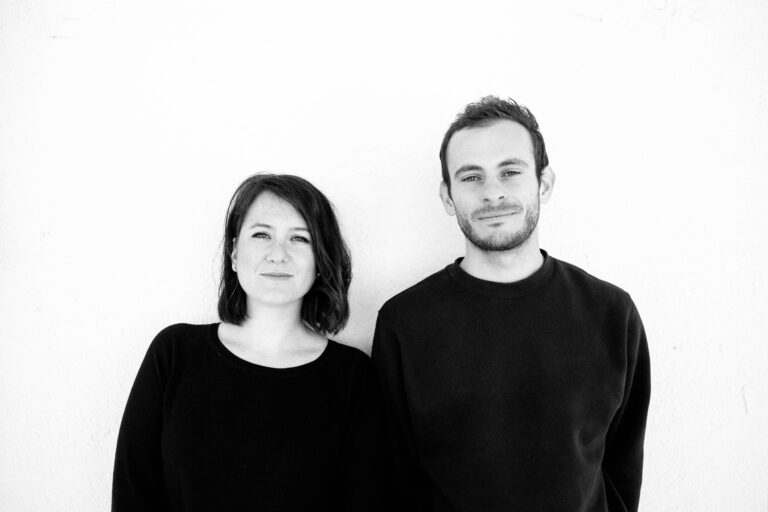 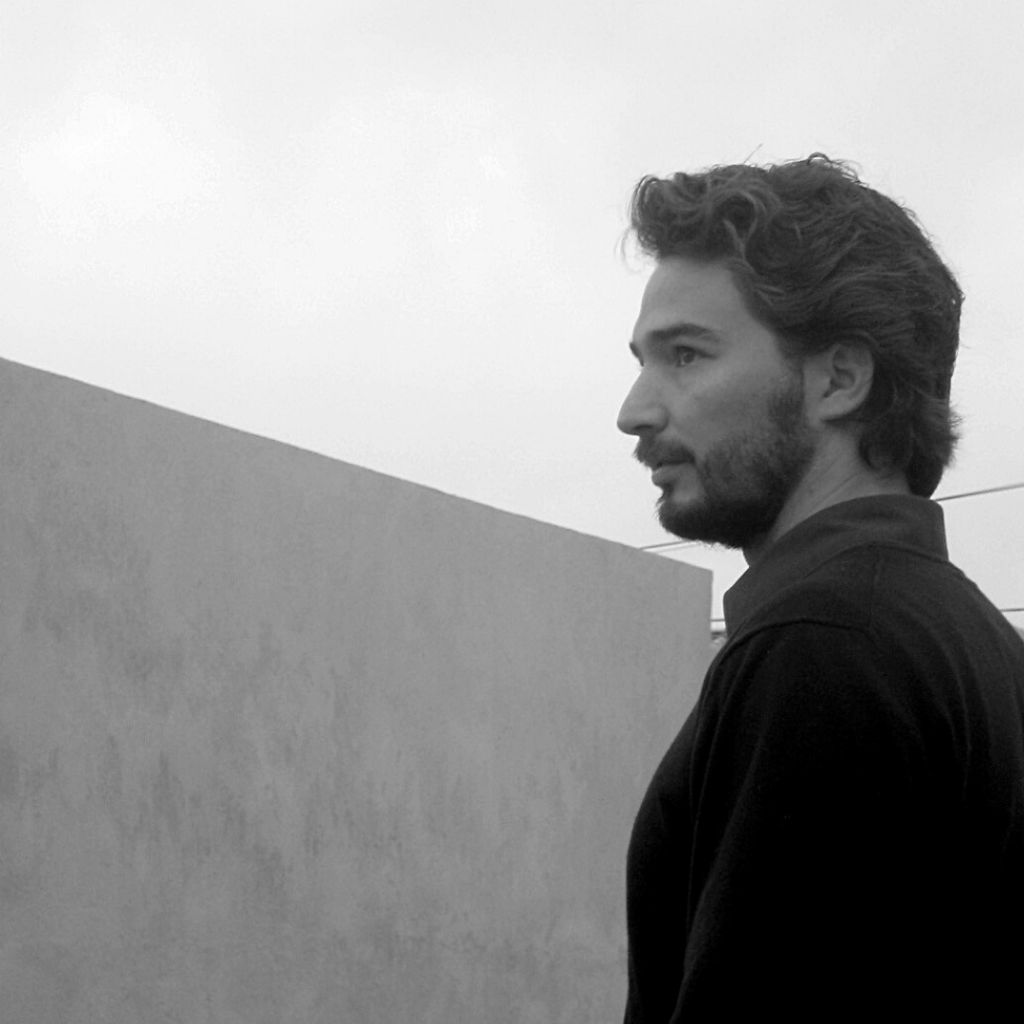 Seduced by vernacular architecture where meaning is above all given by the obviousness of the constructional choices, Guillaume Calas advocates a “situated architecture”, in love with the nature of the place but opposed to any regionalist drift.
“I feel close to the concerns defined by the concept of “critical regionalism”. I begin each project by surveying the site into which it will be inserted. By observing, measuring and knowing it, I try to take advantage of its intrinsic qualities, those that pre-exist the act of building to become elementary components of the architectural composition.”

Like Rimbaud’s “Alchemy of the Word”, he sees architecture as an art of transcending topography, the nature of the soil, the climate, the light, the landscape, by handling them with sensitivity and dexterity in order to inscribe any new construction in the thickness of a given culture.

Whatever the size of the project and its destination, the work of artificial light which will replace daylight remains essential. It allows to accompany the architecture and its uses beyond the day and as precisely as possible. With LM5P this work can be done in exchange and as close as possible to each project.