Anne Lévy, architect of the new SYMADREM headquarters, called on us to carry out the interior and exterior lighting of the building.

Care has been taken to ensure comfortable lighting in the offices with, in particular, very low luminance suspensions accompanied by LED spotlights with recessed lamps to avoid any glare in the work areas.

The large meeting and conference rooms have been lit with continuous lines of light to match the architecture as closely as possible while providing the necessary level of illumination on the tables.

Finally, a special focus was placed on illuminating the gabion wall running alongside the building, its protective seawall, with warm white LED spotlights marking the relief.

A word from the architect, Anne Lévy :

The building is a very simple, light and airy monolith on stilts, leaning on a ramp-like form, using the vocabulary of the dyke, through its thickness, its massiveness, its natural and mineral materials. This gabion wall intervenes in the composition as a base, a massive protection, with regard to the track, and establishes a strong contrast with the lightness of the volume on stilts. It reflects the image of the object itself, of the function of the building.

In addition to these two main architectural elements of the composition, under the monolith there are independent satellite volumes, technical rooms or access volumes, which also include the equipment parking area and the operations centre. Our architectural party offers continuity of functions, by avoiding isolating certain parts identified as more technical, from those known as grey matter, those of the men in the field and those in the offices.

The operation of the building is a whole, and all the divisions participate in it without distinction, their objective is the same, to protect against flooding.

Thus, all the functions are noble and must make up a unique architectural whole. This concept, which is linked to our interpretation of the human experience, was also very quickly decisive in the recognition of this identity for all SYMADREM’s personnel.

The building only leaves room for soft energies and even then, under cover of a perfect control of consumption.

The environmental approach, again and again, especially for SYMADREM, which evolves for and through the environment, the people, therefore, the technology, and of course the integration of the building. The land is long, and so will the building.

The land has a wooded fringe of tall trees in the background. The building uses it as a backdrop, it is contemporary, simple and linear volume, it is irregular, the connection is made, without artifice, as an evidence, the natural and the built are linked, the insertion is created, the building settles in its environment, delicately, naturally. 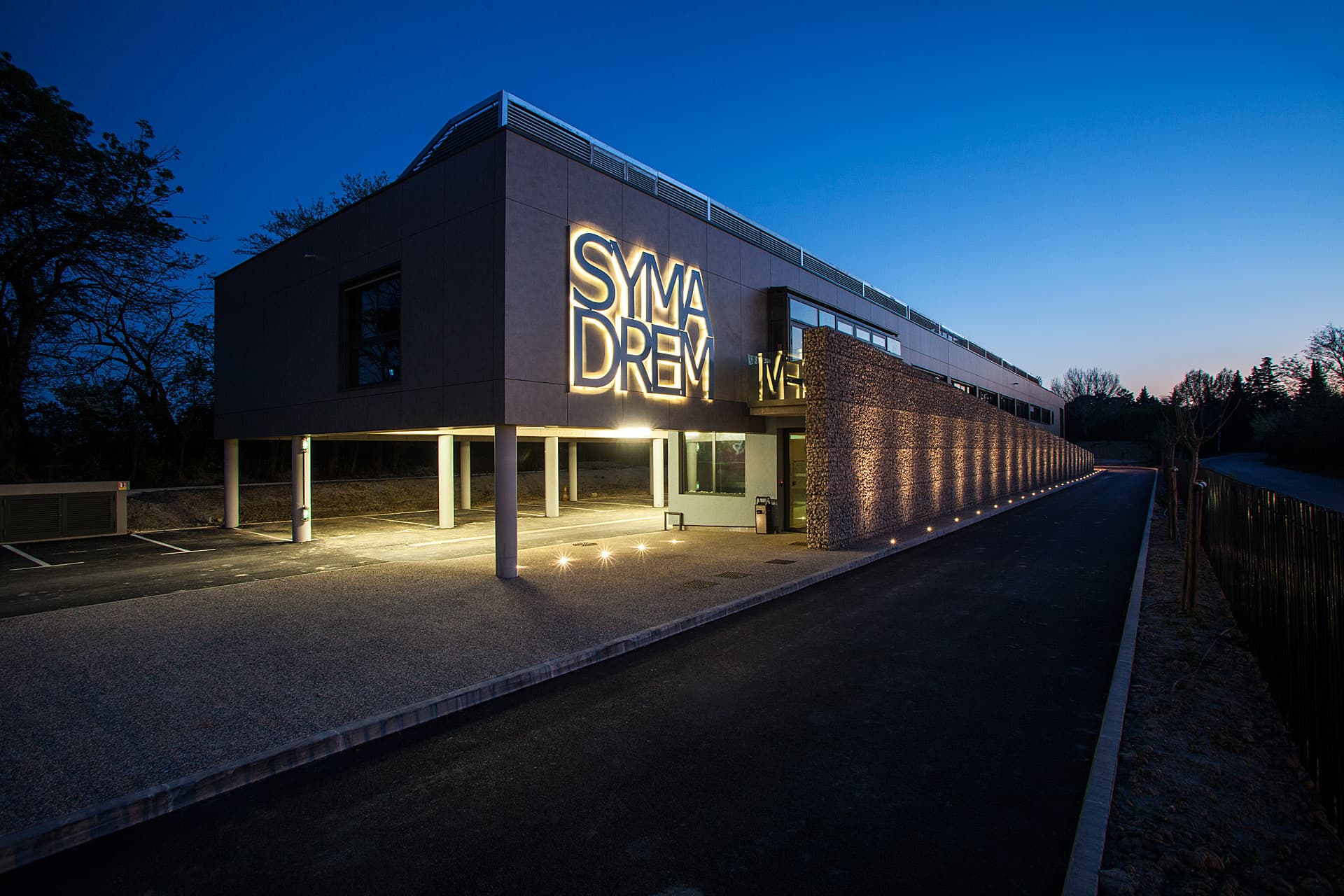 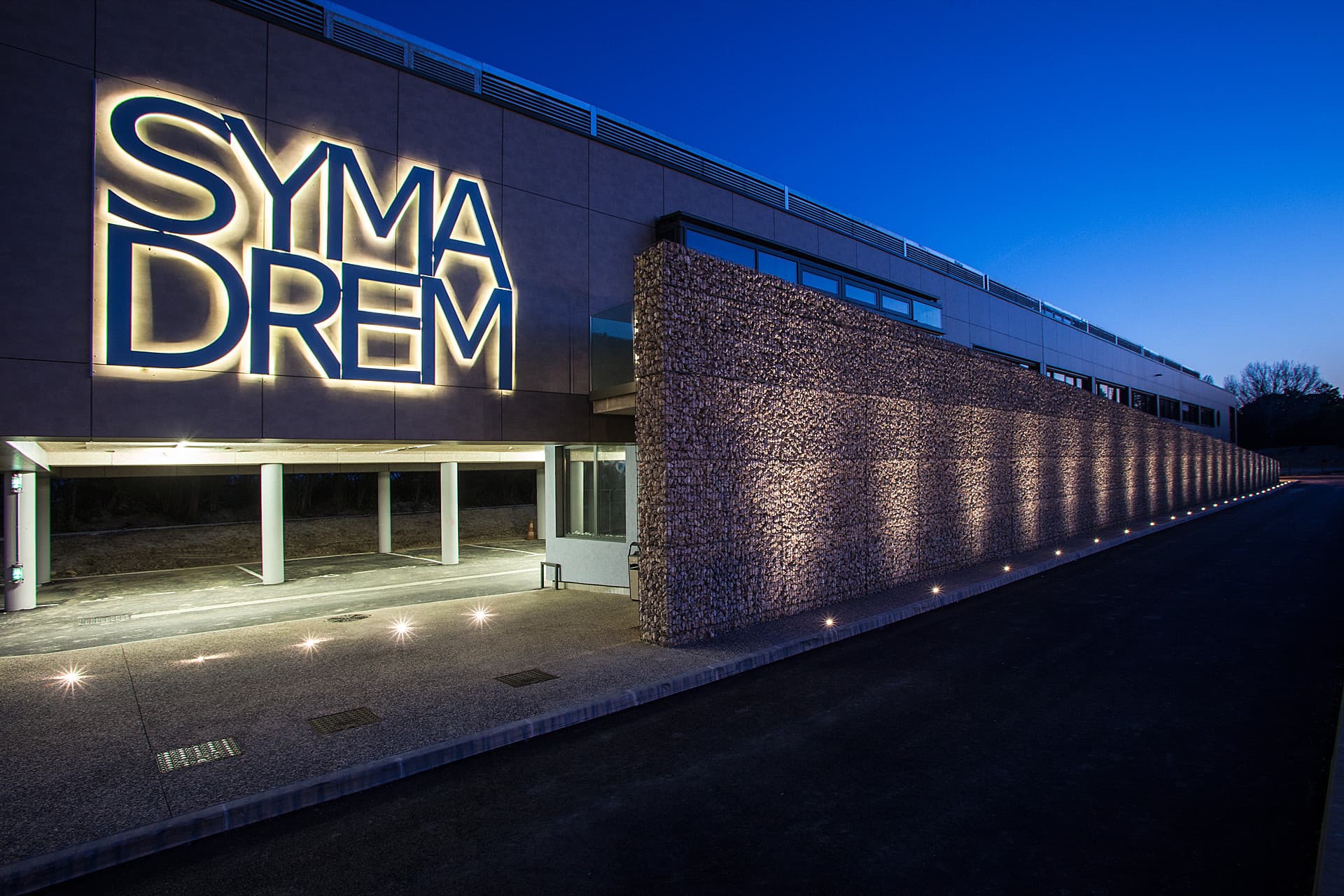 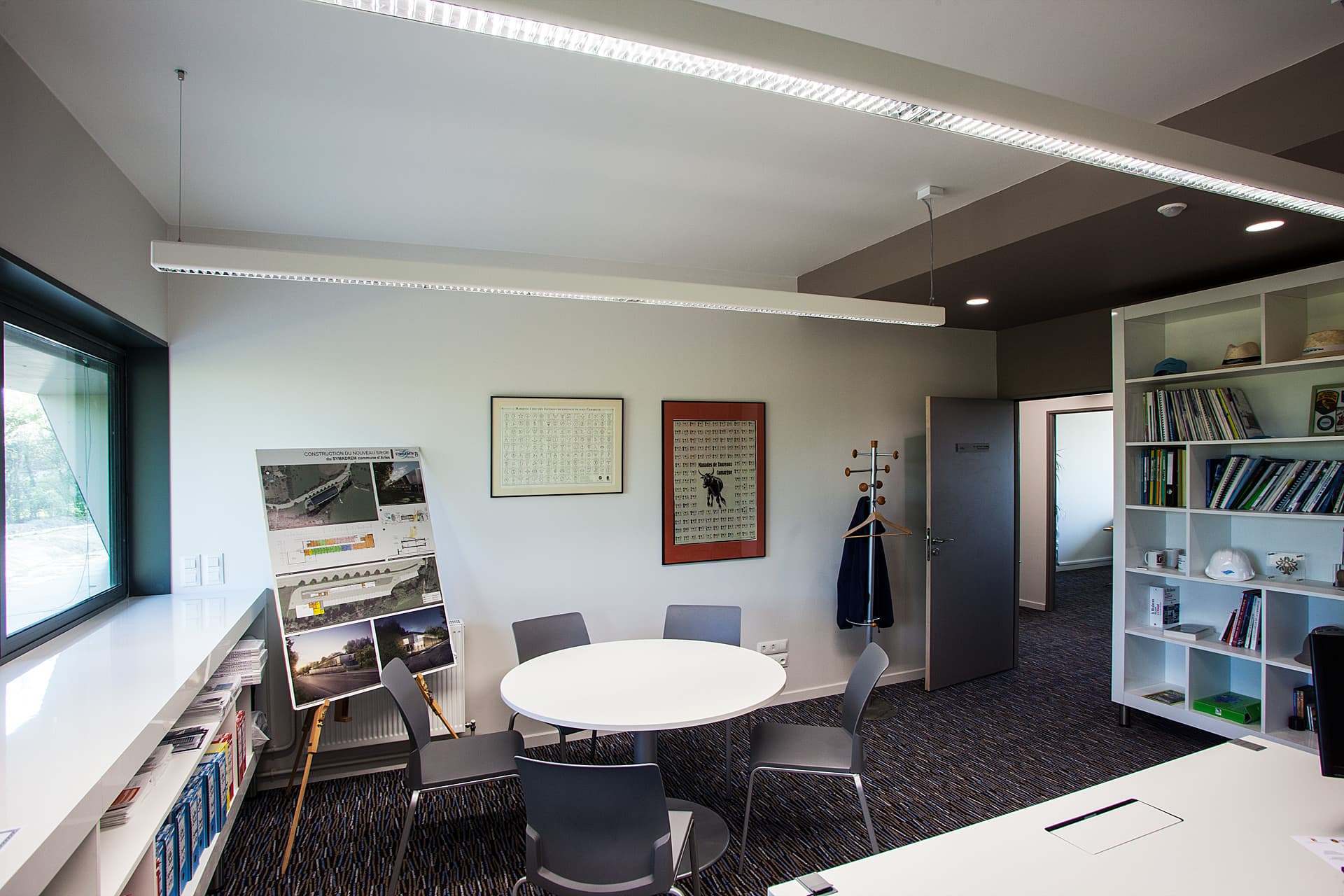 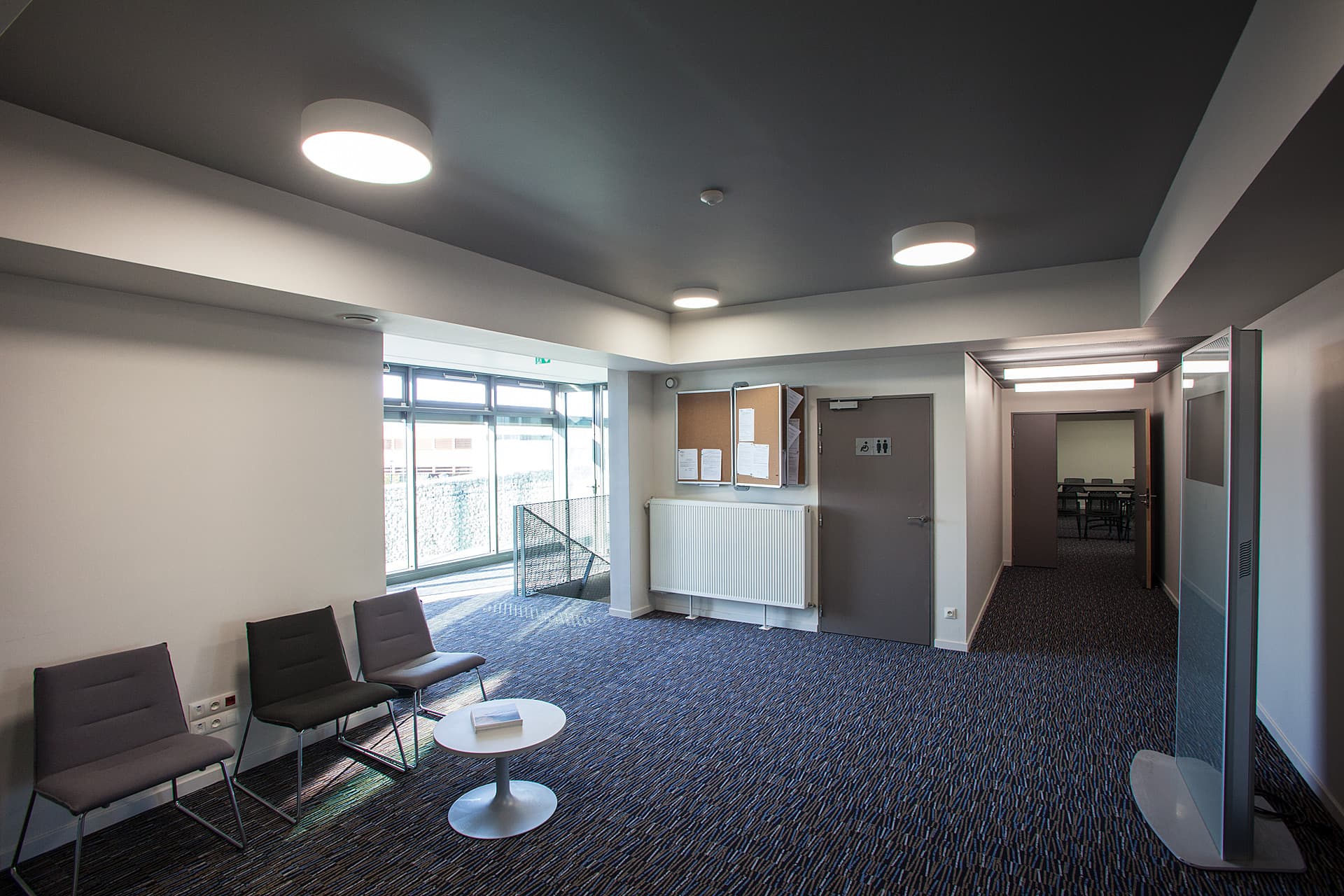 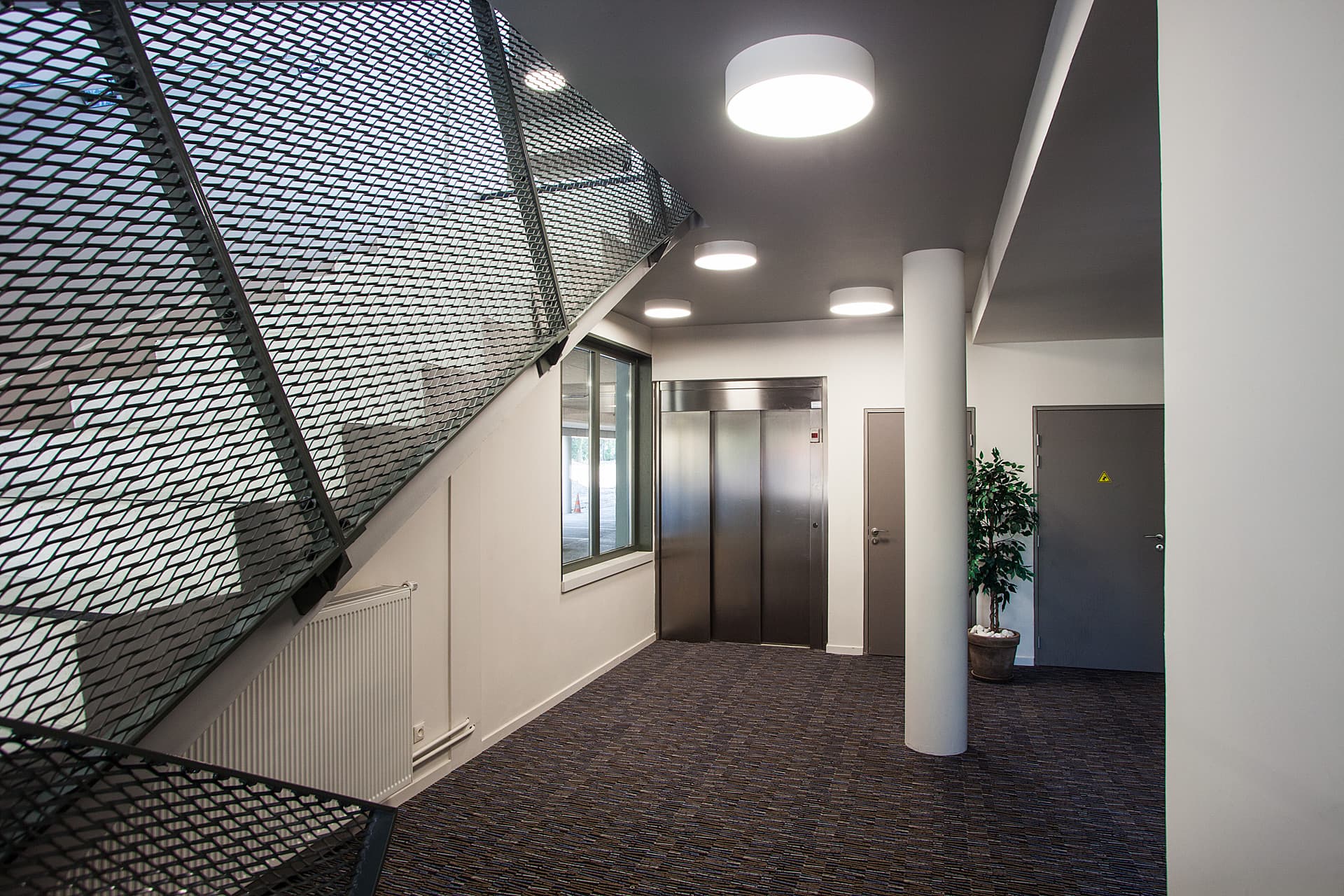 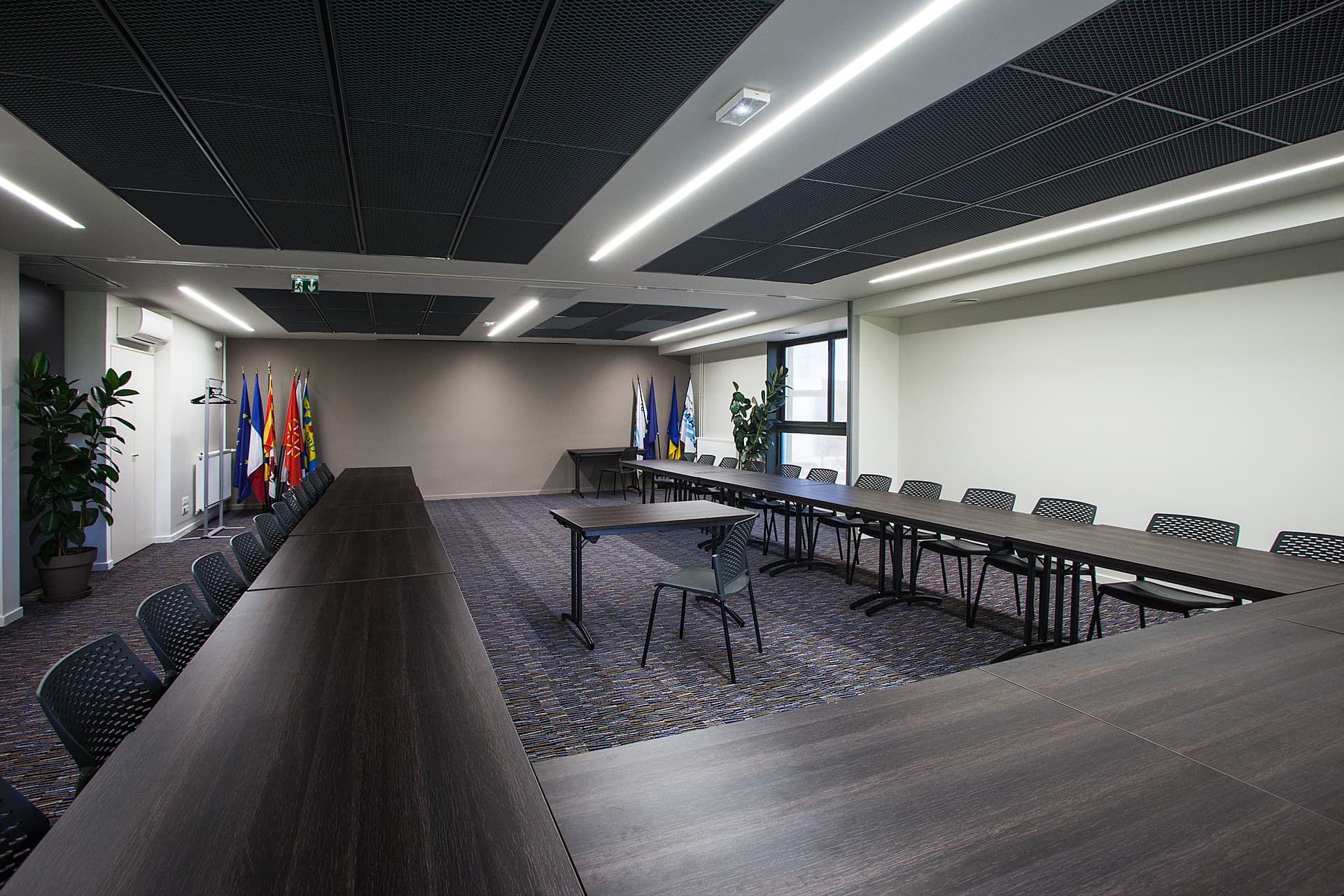 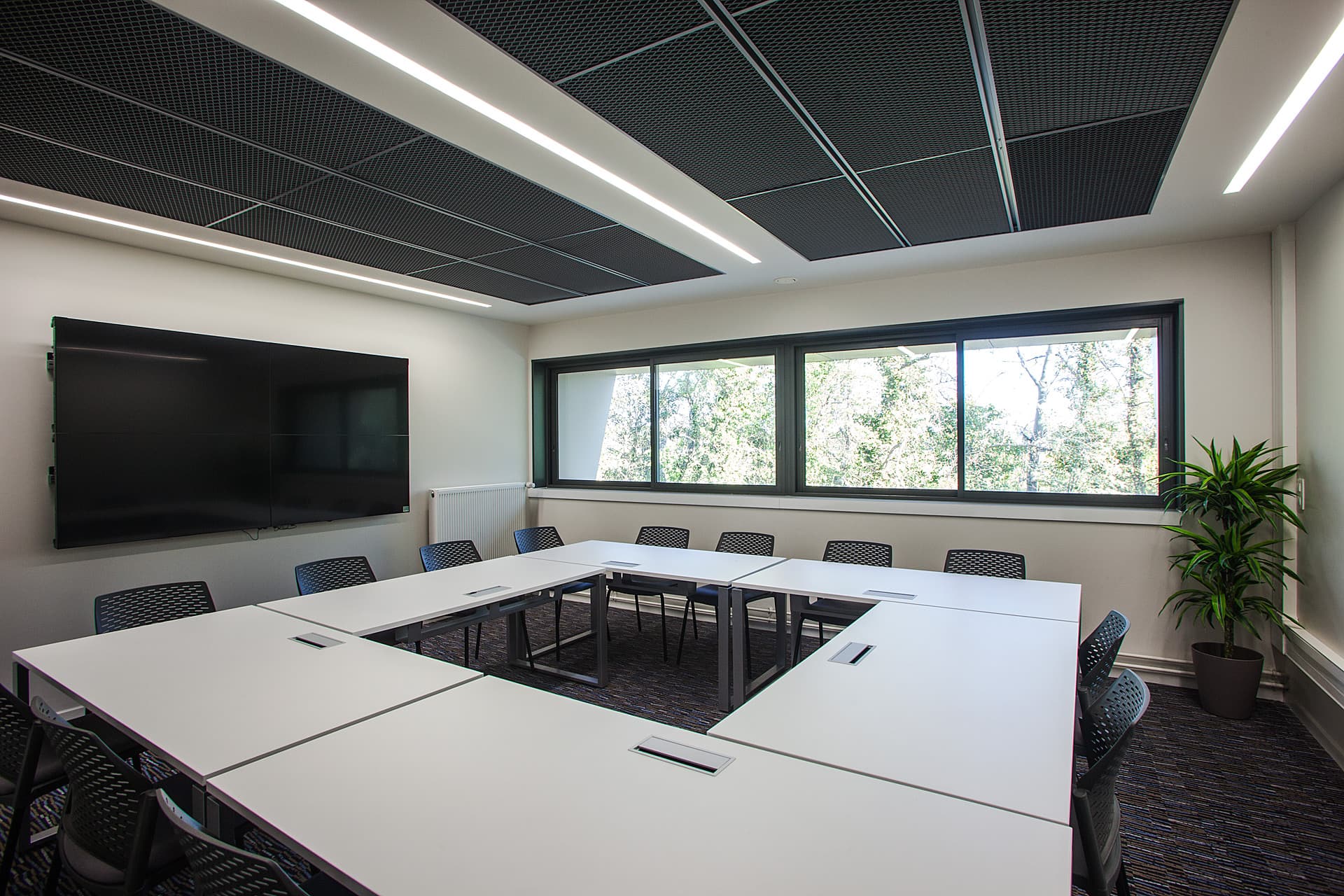 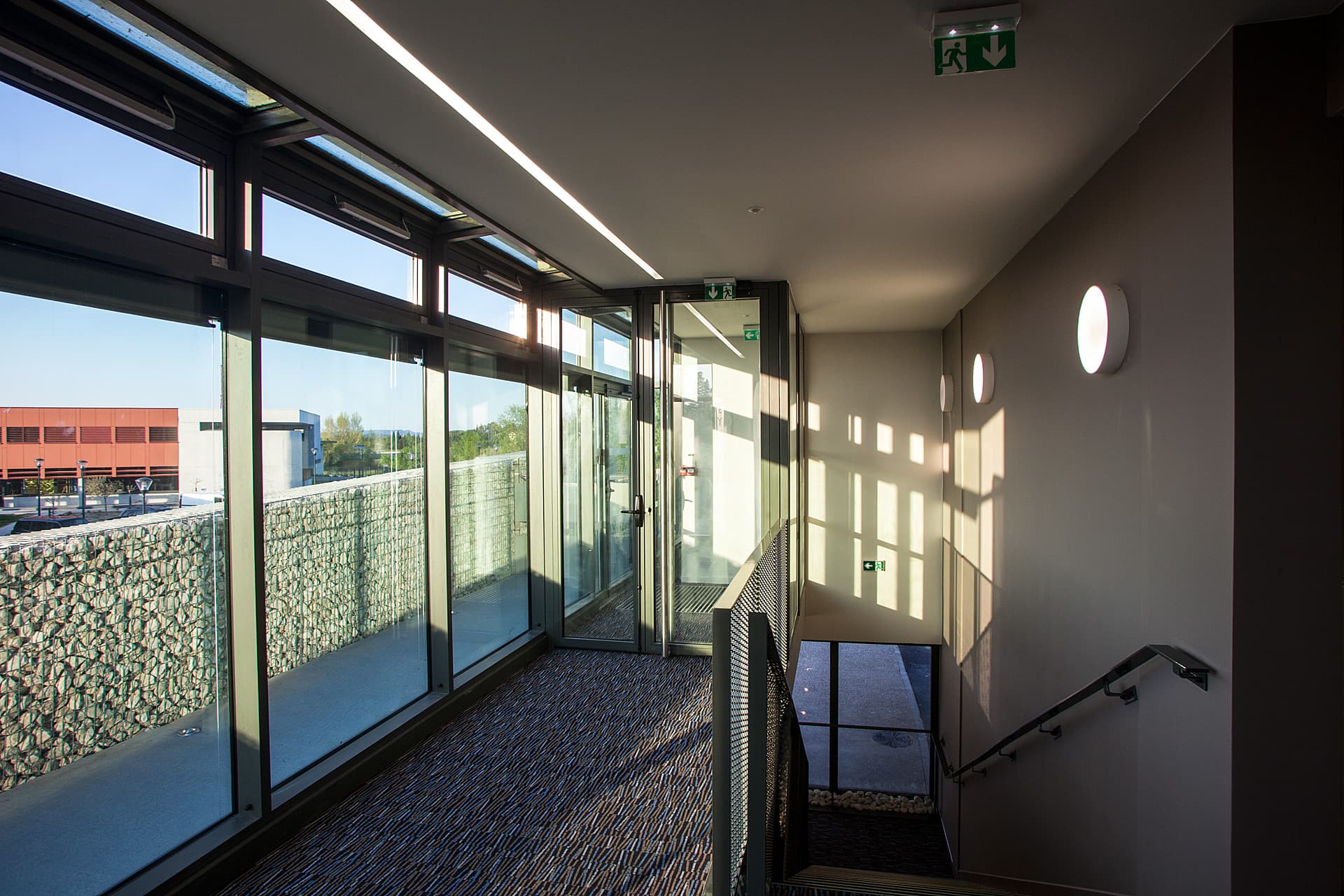