It was a building that had become dark, cold and damp.

The Protestant Temple of Marseilles is now back to its original splendour. With its neo-classical façade, its Doric order portico topped by a pediment, the Temple is one of the remarkable monuments of the rue Grignan. Very representative of the style beloved at the beginning of the 19th century, it was built by the architect Michel-Robert Penchaud, known to be also the author of the Arc de Triomphe de la Porte d’Aix, the Caroline Hospital on the island of Ratonneau in Frioul, and the Palais de Justice in Aix-En-Provence. In the dry, after a million euros of work, the Temple can begin a new life. It will be luminous, notably through our action. The walls have been bleached, the double glass roof supported by a coffered ceiling has been completely redone. The entire lighting treatment has been done using LED technology. 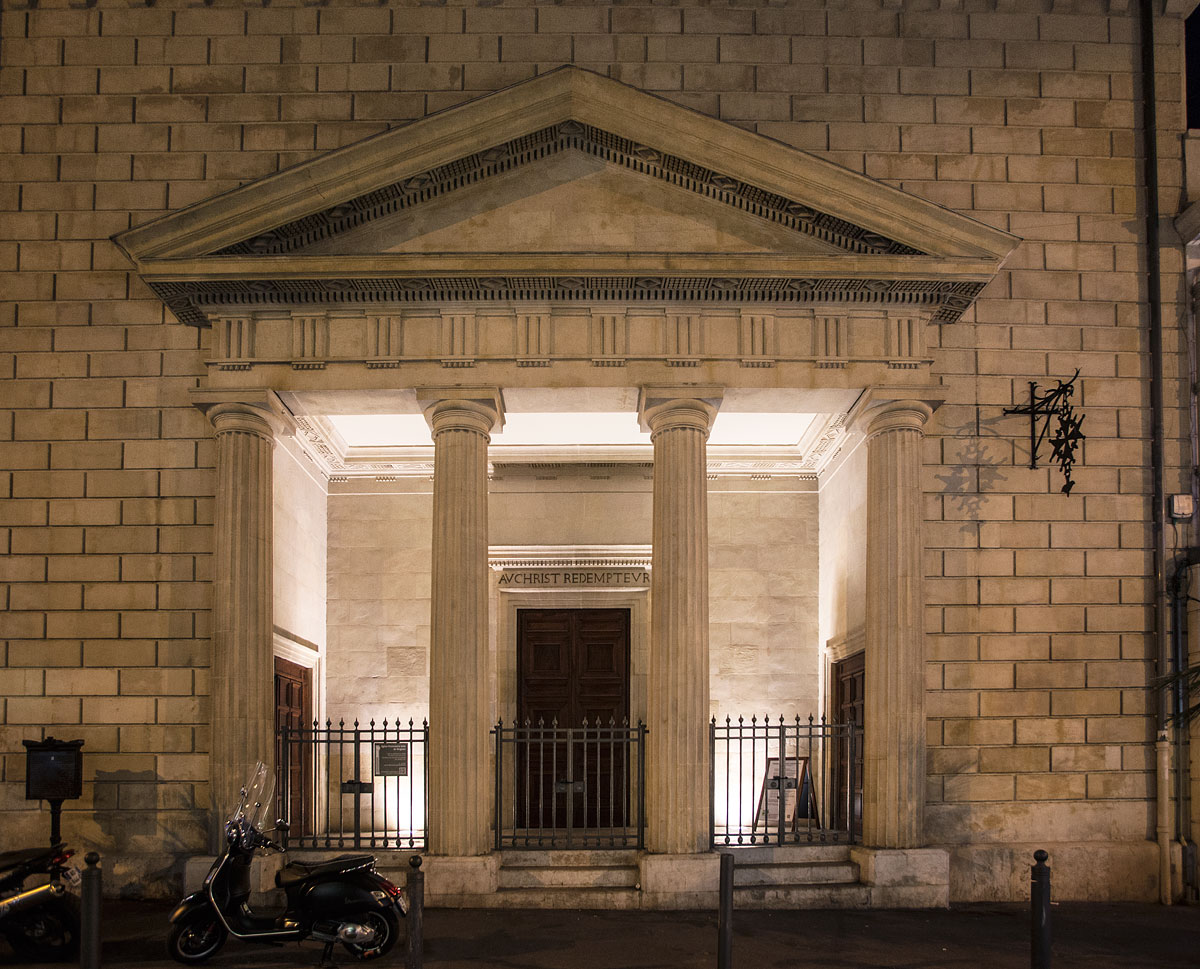 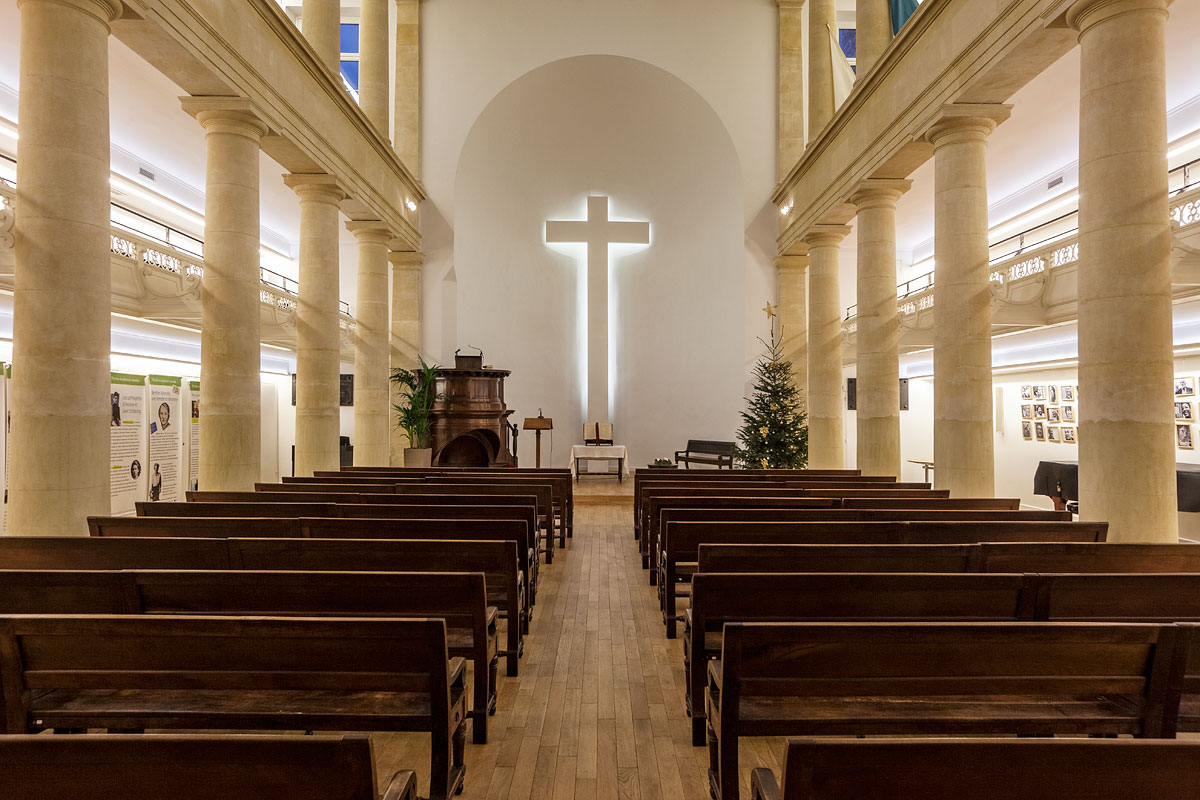 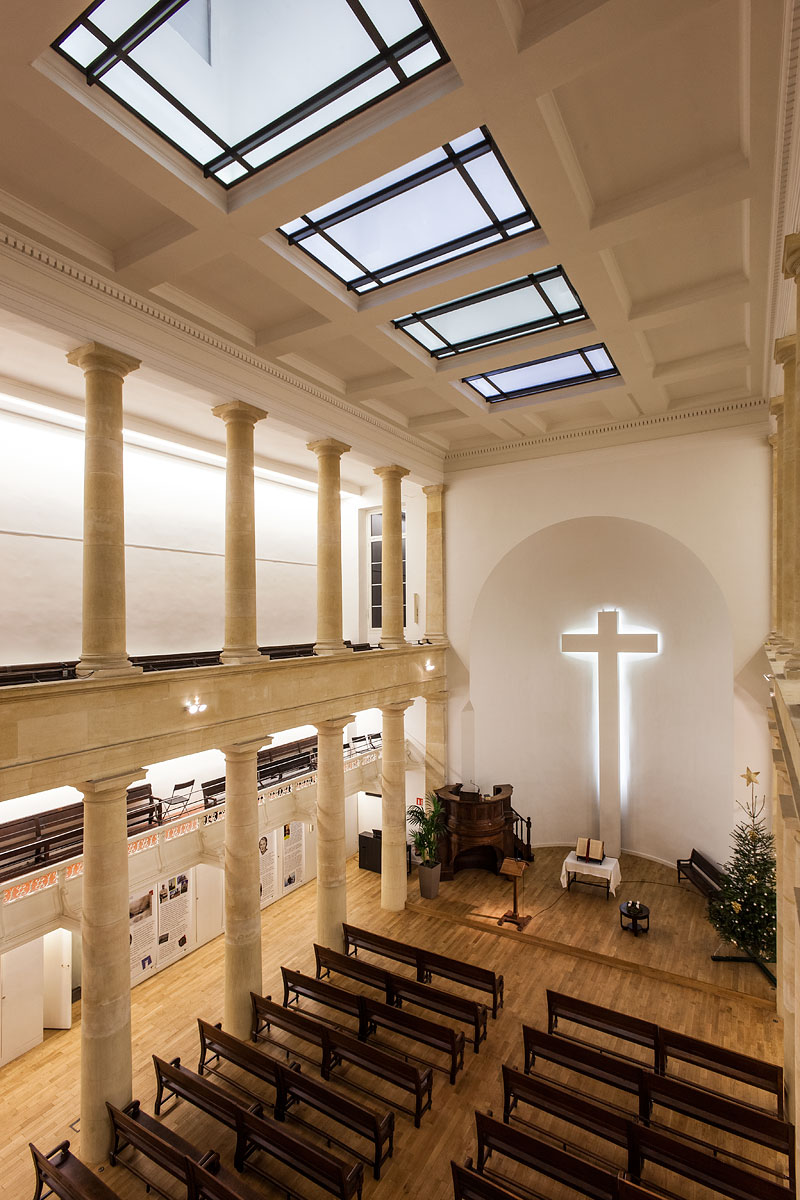 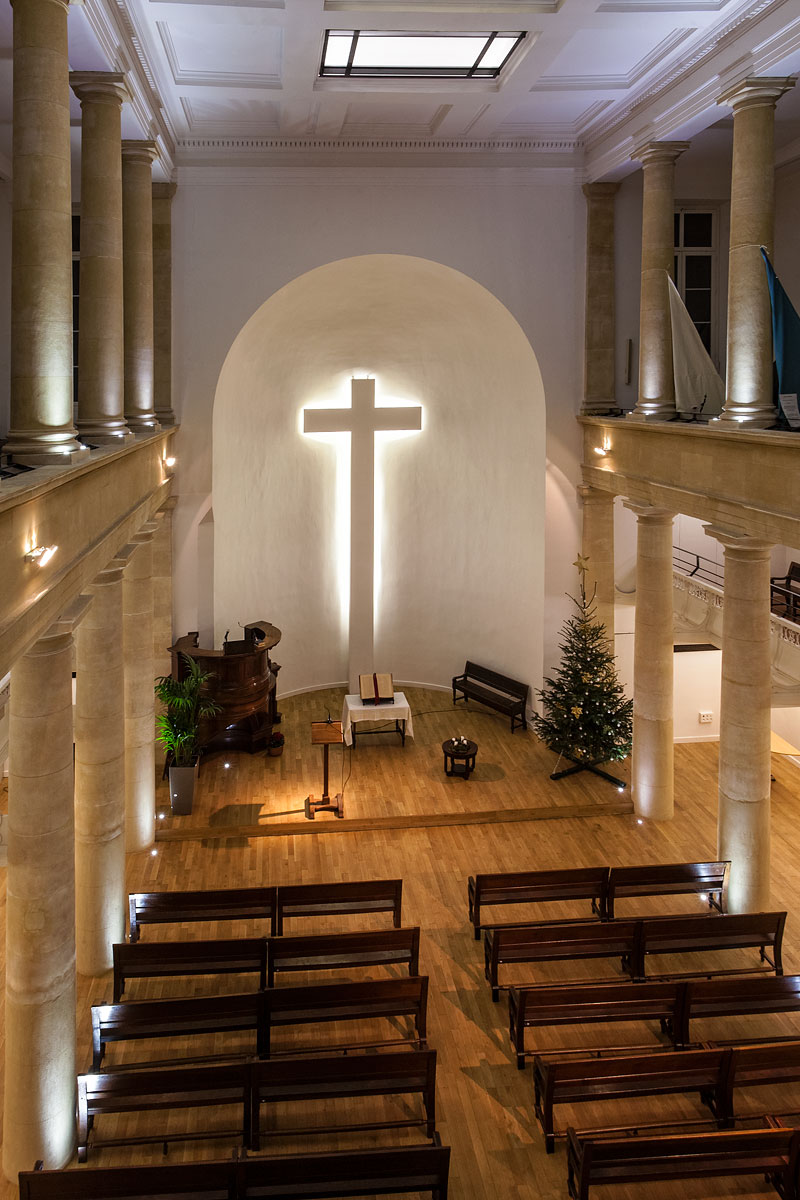 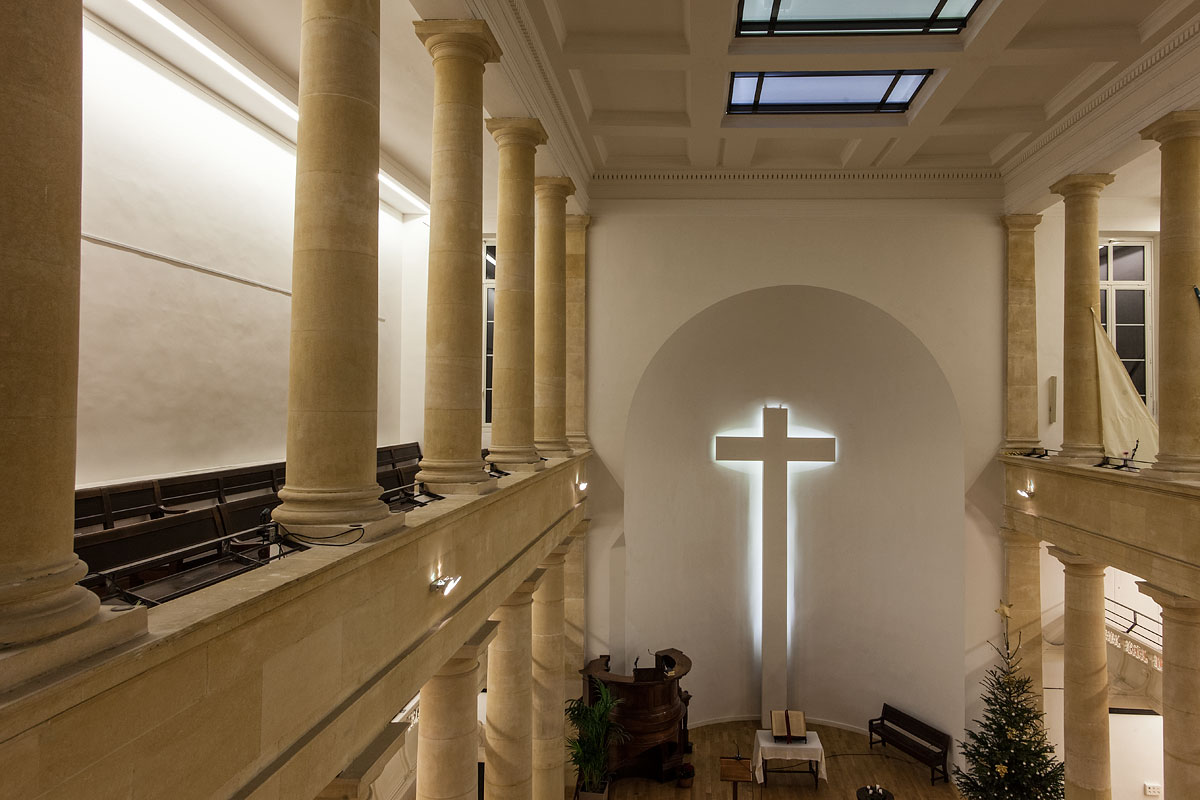 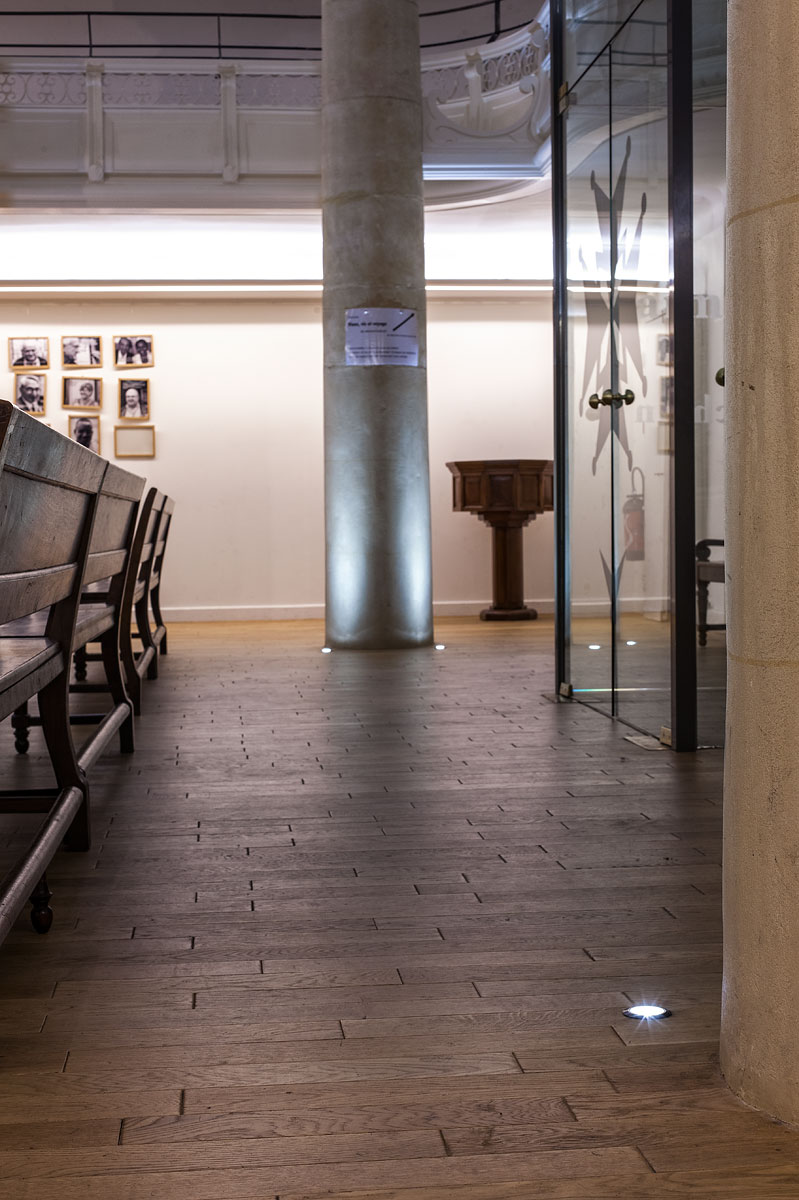 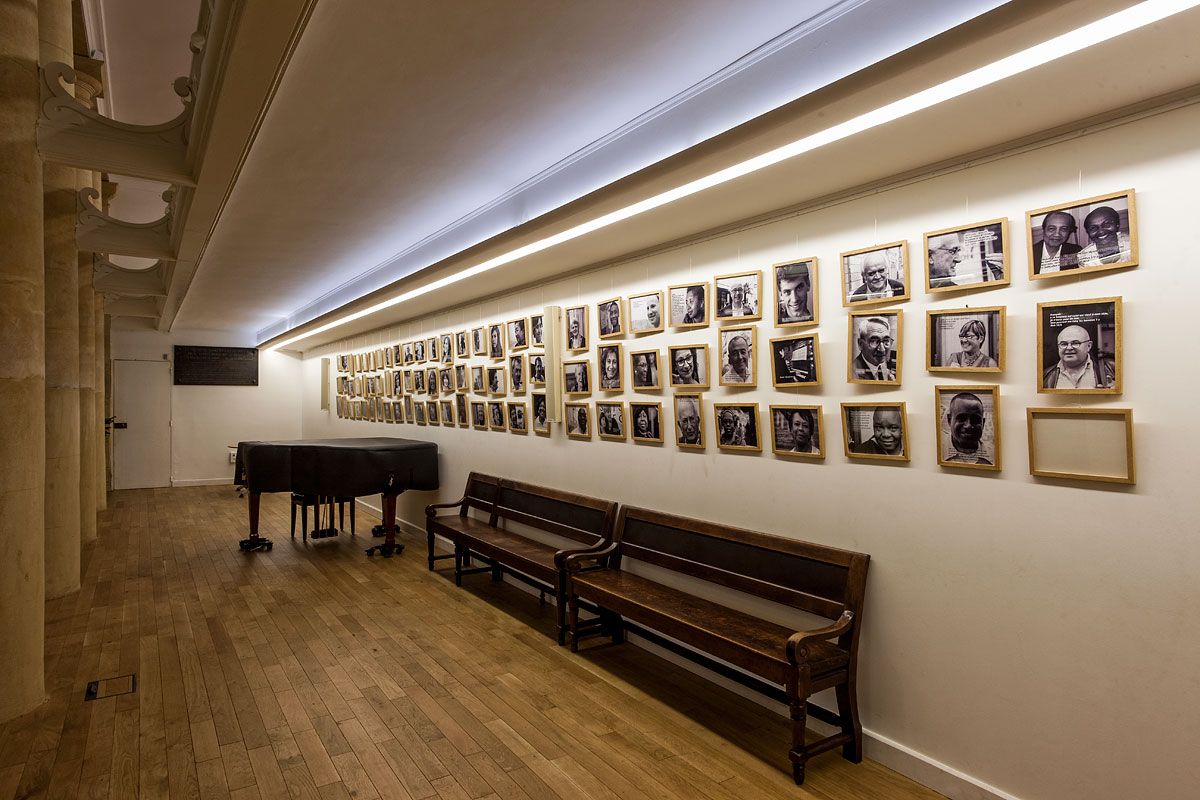 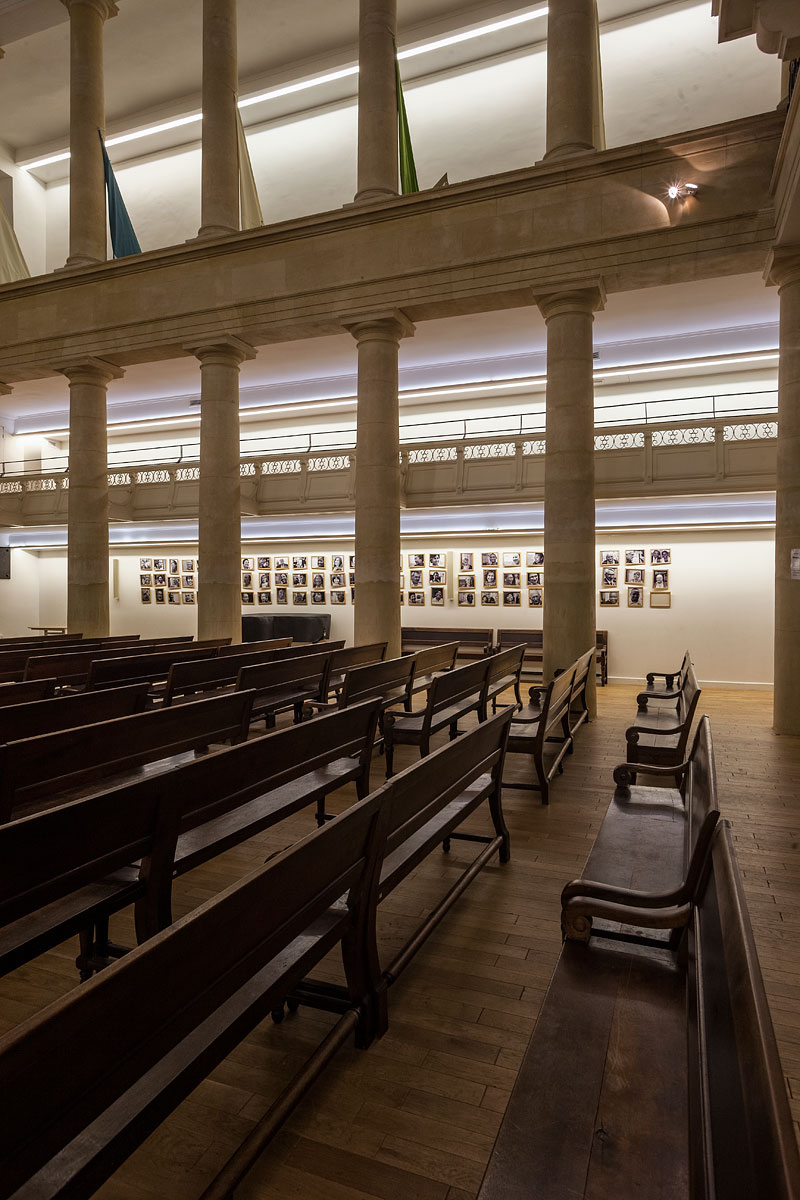 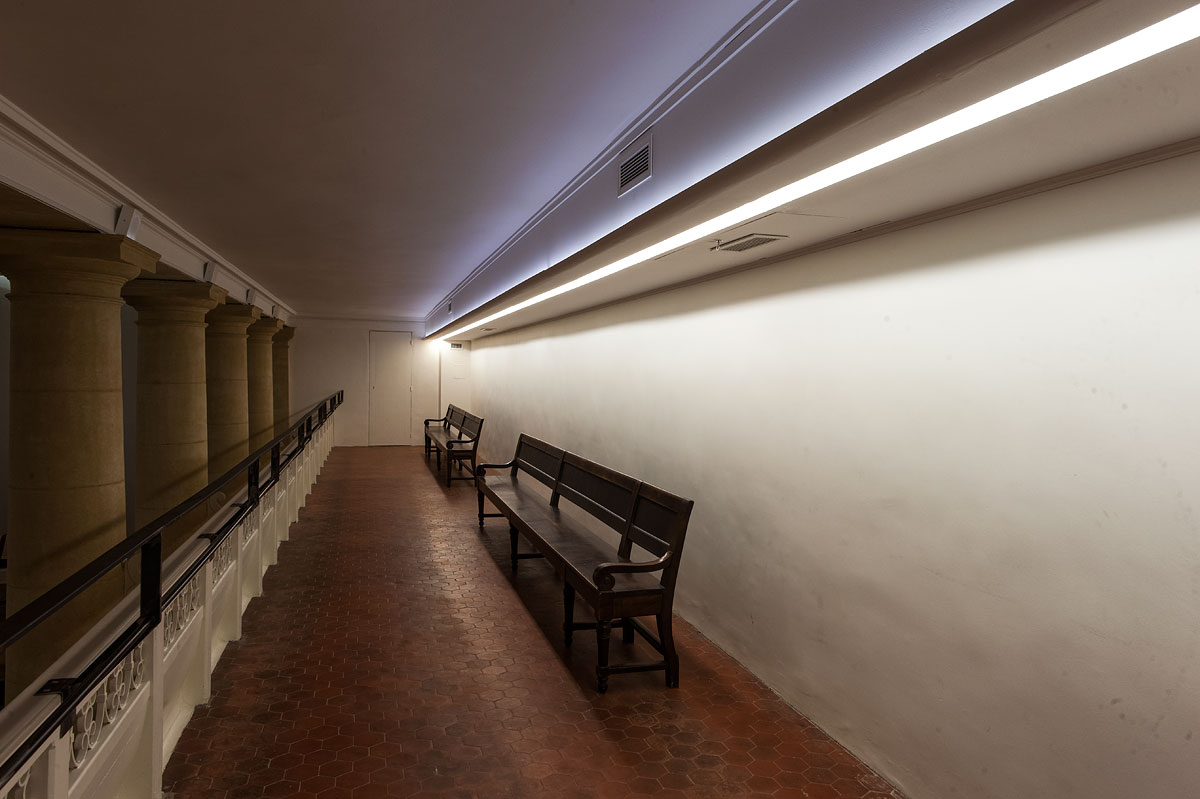